White, red or even rose, wine is one of the oldest drinks in the world. But let’s see how many of these fun facts about wine you know!

There’s nothing quite like a glass of wine. It can represent so many things. A sparkling glass of champagne is perfect for celebrations. A rich glass of red wine can enhance most dinners. And a crisp glass of white is perfect on a hot summer’s day.

But no matter how you enjoy it, how much do you really know about wine? We’re about to find out in all our fun facts about wine!

Did you know that wine is produced in every country in the world? Everyone loves it.

Or have you ever thought about how wine gets named? Well, depending on where it’s from, it could be named after the grape varietal or for the region it was produced.

Wine is given its vintage based on when it was harvested, not when it was made. And often wine sits in barrels for a year or more. So you might drink a new wine in 2022, but the vintage is 2020.

So, pour yourself a glass of your favorite variety and sit back to enjoy these amazing wine facts!

Wine is one of the only beverages in the world that is made in virtually every country. It’s one of the few things the world as a whole can agree on. We’ll pour a glass of wine to that!

Historically, wine was stored in bags made from animals, one of the most common types being goat skin.

This changed in the mid-1600s. Sir Kenelm Digby is credited with inventing the prototype of the modern wine bottle. While there were bottles in use, they were too fragile to age wine.

After Sir Digby came up with a much more durable and strong wine bottle, wine was able to be aged and the international business of wine shipping exploded. Sir Digby, we salute you!

Unlike other alcoholic drinks, grapes are able to turn into wine on their own! Because of their natural chemical makeup, winemakers do not need to add anything else, like sugars, acids, enzymes, or other nutrients.

4. There are a lot of different types of grapes

Worldwide, there are about 10,000 varieties of grapes used to make wine. While some are commonly known, like Chardonnay, others are more rare, like Caberlot.

A little-known fact about wine is that some people are legitimately scared of it. In fact, there is a recognized phobia of wine, oenophobia. We’re very thankful that we don’t suffer from this!

Not long after the discovery of the New World, vine cuttings of native varietals were brought back to Europe. Unfortunately, there was a tiny insect called Phylloxera vastatrix on board. This bug feeds on the roots of grape vines and led to the Great French Wine Blight.

During the mid-19th century, this laid waste to the wine industry in France and Europe where over 40% of all vines were destroyed by this tiny aphid.

The only way to save the European vines after the massive spread of these bugs was to graft European vines to American rootstocks. This one grafting method saved the wine industry in Europe!

8. People have been ranking wine for a very long time

This practice has been going on for thousands of years. Pliny the Elder, a Roman historian, remarked that 121 BC was a vintage “of the highest excellence.”

And vines can take four to eight years to reach maturity for harvesting.

The Rhone Valley in Germany is famous worldwide for its wine production. But a fun fact about wine from Germany is that they invented some special types.

They also invented Gluewhein, literally translated to “glow wine.” This traditional drink is red wine mulled with spices, like cinnamon and cloves, and served warm. It’s the perfect drink to have at a German Christmas market!

If you have been to a wine tasting before, you have likely seen someone swirl and sniff their wine. This is because smell is considered an incredibly important part of drinking wine.

In fact, many sommeliers agree that smell is the most important sense when enjoying wine.

Throughout history, some of the most prolific and consistent winemakers were monasteries. Particularly, the Cistercians and the Benedictines were incredibly talented winemakers. It is said they would actually taste the earth to see how the soil varied by location.

The origin of wine in the Catholic Church goes way back. Uncorrupted grape wine is required for communion. So, during Prohibition, priests were allowed to use wine during religious services. Many wineries set up by monasteries were allowed to continue production while others were shut down.

It’s no secret that wine barrels are quite important to the wine-making process. French oak is considered the ultimate wood for making these barrels. The average age of a French oak tree when it’s harvested is 170 years.

13. The Founding Fathers liked it

Legends tell of our Founding Fathers’ love of alcohol. Stories circulate of their celebrations during the early days of America.

These men enjoyed wine, in particular. After signing the Declaration of Independence, the signers celebrated with glasses of Madeira.

When you are enjoying wine with friends, there’s a good chance everyone says, “Cheers!” and clinks their glasses. But do we do this?

This wine fact has ancient origins. Cheers comes from the French word chiere, which meant “face” or “head.” It evolved to mean “gladness,” and is now used to express good hope and encouragement.

On the other hand, there are many reasons why friends and family might clink their glasses before drinking.

For starters, it enhances the experience. When you drink, you see, taste, smell, and feel it. When you clink your glasses, you actually hear it, including all five senses in the experience.

In Medieval times, it was believed the sound of clinking glasses would ward off evil spirits that might harm the drinkers. In some places, like Germany, drinkers will bang their glasses on a table loudly and yell to scare away the spirits.

Another theory was that clinking full glasses would deter people from poisoning others. If you clink full glasses, the liquid mixes, ensuring fellow drinkers were on good ground.

If you’re not sure if you are, here are a few questions to ask yourself. Are you a fan of wine, especially expensive wine? Do you talk about opening these bottles? Do you ever actually open them?

If you talk about opening wine bottles but never actually do it, you might be a cork-tease.

Wine is made with grapes, yes. But it is made with specific grapes. If you tried to make your own wine from grapes from the grocery store, commonly called table grapes, the wine would NOT turn out.

Table grapes are typically larger with thicker skin than wine grapes. If you attempt wine with table grapes, it will turn out yellowish. They lack the correct ratio of skin, seed, and meat, making the resulting wine less structured and less flavorful.

In Ancient Rome, wine drinkers were fans of flavoring their drinks. They believed seasoning was more important than the wine flavor. You wouldn’t be hard-pressed to find wine flavored with fish sauce, garlic, or even absinthe.

This wine fact gets even more confusing when you consider how many different styles of glasses there are inside each category. True wine enthusiasts would have a Bordeaux glass and a Merlot glass.

Fancy restaurants often have a sommelier on staff. These men and women are considered experts at all things wine. The term sommelier comes from old French and means “butler” or “officer in charge.”

Are you craving a glass of wine yet? Which of our wine facts did you find most surprising? If we’ve missed any of your favorite facts, you can let us know in the comments below! 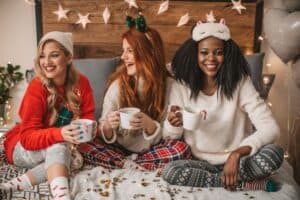 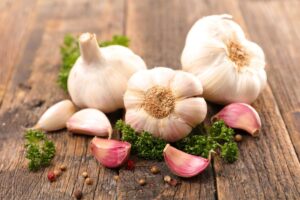 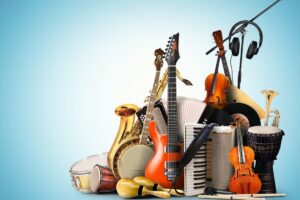 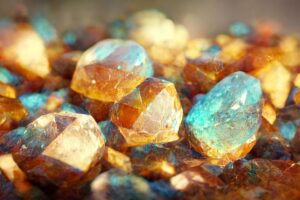