Feeling stuck in the middle of the week? Dreaming of the weekend? We’ll help you get over the hump with these fun facts about Wednesday!

Wednesday is often called hump day – and not because we’re celebrating camels or meeting someone on Tinder! No, Wednesday is hump day because it’s the middle of the work week. Wednesday is the top of the roller coaster just before the quick acceleration into the weekend.

Once you’re over the hump, the second half of the week has officially begun. That’s why “Wine Wednesday” is so popular – because it’s basically the weekend! What other fun facts about Wednesday can we uncover?

From a famous fictional character who is full of woe, to the god of merchandise and money, there are tons of wacky Wednesday facts to make you see the third day of the week in a new light!

And what’s up with the silent “D”? Did you know that Wednesday is one of the most frequently misspelled words in the English language? It’s up there with February – there’s something so tricky about the days and months it seems.

On Wednesdays we expect cheap wine and wings. A famous movie claims that “On Wednesdays we wear pink.” And then what about the most powerful Norse god Odin? Or as the Germans call him, Woden? What could he possibly have to do with Wednesday?

Read on to discover more fun facts about Wednesday. And remember, once you’ve finished reading this article the weekend is officially that little bit closer…

We’re not sure who first came up with this Wednesday nickname, but the term originated in the 1960s in the US.

Hump day has become synonymous with Wednesday and is often used by office workers to split their work week into two. Getting over the “hump” means the weekend is on it’s way!

2. Wednesday is named after Woden

In German mythology, Woden created the human race and is the equivalent of the more well known Odin of Norse mythology. As one of the most powerful Gods, Woden was known as the ruler of wisdom, healing and death.

Woden isn’t the only God who lends his name to Wednesday. Mercury, the Roman God, is immortalized by Wednesday in countries like France (Mecredi), Italy (Mercoledi), and Spain (Miercoles).

Some other interesting Wednesday translations from around the world include Japan’s “water day” and Germany’s Mittwoch, the only day of the week not to end in “dag” (day).

In some languages Wednesday doesn’t refer to a God at all. In Slavic countries like Slovakia, Bulgaria, and Czechia the translation of Wednesday is “the middle”. And in China, their word for Wednesday can be translated to “third day”.

5. The bleak nursery rhyme about Wednesday

In the nursery rhyme “Monday’s Child”, children are given traits based on the day of the week they are born. And poor Wednesday gets the short end of the stick!

The poem states, “Wednesday’s child is full of woe.” Ouch! If you were born on a Wednesday, we hope you’re breaking that stereotype!

What’s special about Wednesday? Interestingly, the nursery rhyme we just mentioned was the inspiration for the spooky-ooky character of Wednesday Addams in the famous Addams Family comics and movies.

Did you know that Wednesday isn’t the only day of the week that Ms. Addams is named after. In fact, her full name is Wednesday Friday Addams. How about that as an interesting fact about Wednesday!

7. What will you sacrifice?

For Catholics around the world, the first day of Lent is referred to Ash Wednesday. Lent is a tradition involving a Lenten sacrifice, where a person must give something up for 40 days.

It is common for many bars and restaurants to have special prices and deals on wine on Wednesdays. We’re not sure if they are simply taking advantage of the W alliteration or if people just need a drink to unwind and celebrate hump day!

9. A different kind of Ash Wednesday

People in Australia have a different understanding of what Ash Wednesday is. On February 16 1983, over 100 bushfires were sparked in Southern Australia leaving 2,600 people injured and $324 million worth of agricultural and infrastructure damages.

10. A betrayal of biblical proportions on Spy Wednesday

The betrayal of Jesus Christ by Judas Iscariot is known to some as Spy Wednesday. The spy refers to Judas, who infiltrated the ranks of Jesus’ inner circle.

Judas disclosed the whereabouts of Jesus for a small sum that ultimately led to Jesus’ crucifixion. Hopefully Spy Wednesday isn’t such a thing anymore!

This is a Wednesday fun fact that everyone struggles with. That pesky silent D is sitting there waiting to mess up our spelling test. No wonder Wednesday is one of the most commonly misspelled words in the English language.

Here’s one of the more interesting hump day facts: in many parts of England and Scotland, the D isn’t silent at all. Wed-nes-day. Now that’s a mouthful!

12. The third or fourth day of the week?

According to the International Standard (whoever those guys are), Wednesday is considered the third day of the week. Makes sense right?

Who in their right mind would think the week starts on Sunday? Well, officially, the US, the Middle East, Japan and Canada do. This makes Wednesday the fourth day of the week. Confusing, right?

13. An Indian God this time

We promise this will be the last in our long line of Wednesday facts about language! In India, Wednesday is called Budhavāra and is represented by the God, Budha.

The equivalent to the Roman God Mercury, Budha is not just the God of Wednesday, but of money and merchandise! Sounds like we should go shopping on a Wednesday a lot more.

14. What color is Wednesday?

Maybe this money and merchandise connection is starting to make sense! However, Wednesday actually has two representative colors. Green for the day, but gray for the night.

15. Make that money on Wednesdays!

Wednesday is the most successful weekday on the stock market. Wednesday is reported to remit 2,179% on average (please don’t ask us what this means). You may want to stay away from Monday, which is by far the worst stock market day.

Even the sports world has a team named after this weekday. Sheffield Wednesday are a pro football (soccer) team in the UK.

The team name goes way back to a cricket club in the city, which held its matches on Wednesday evenings. Not the most creative name, but hey, they have history on their side!

One of the largest earthquakes ever recorded happened on Wednesday July 28th 1976 in Tangshan, China. The 7.6 earthquake happened in the early morning hours leaving people unprepared for the natural disaster.

It isn’t known exactly how many people died in the earthquake, but some estimates are as high as 500,000. To this date it is China’s deadliest earthquake.

It was on Wednesday January 6th 2021 that the US Capitol in Washington, DC was breached by protestors. The protestors were disputing the results of the 2020 presidential election, and is now known as one of the darkest days for American democracy.

In the blockbuster comedy “Mean Girls” (2004) written by Tina Fey, the group of popular girls nicknamed “The Plastics” have a series of rules that each member must follow.

And on Wednesdays it is required for them to wear pink. If you show up in something non-pink? Expulsion from the group. We just love weird Wednesday facts like this one!

It’s not just wine. There is another favorite that chooses Wednesday as its special night. It’s the delicious, saucy, messy chicken wing.

Wing Wednesdays are popular in sports bars throughout North America, with some even selling wings for 5 cents each! The alcohol is full price of course – unless there’s a wine deal too!

We absolutely love Wing Wednesdays though. Just one of the many reasons why Wednesday is so special.

21. Red Wednesday is a thing

As an initiative of Aid to the Church in Need (ACN), Red Wednesday is observed by religious institutions to bring awareness to the persecution and oppression of Christians.

This event is observed in late November every year, and buildings around the world light up in red to show their support.

Did you enjoy all of our hump day facts? What was your favorite one?

If we’ve missed anything, let us know your facts about Wednesdays in the comments below and we’ll add them to our list. 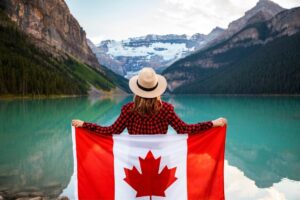