The flute is known for its soft soothing sounds and is one of the world’s oldest instruments. Find out more with these fun facts about flutes!

How many of you out there are band geeks? What did you decide to play? Was it the cool saxophone or boisterous trumpet? Or were you stuck standing there with the triangle? To us, there is no better instrument than the delicate, difficult, and soothing flute.

The flute has a fascinating history as well. Did you know the flute is among the oldest instruments ever invented? Or that you can play the flute with your nostrils? No, we’re not kidding. Let’s discover even more fun facts about flutes below!

Flutes are one of the most demanding instruments to play, because a constant stream of air is required at all times. If you have the lungs for it, the flute might just be the instrument for you.

From the beautiful ballets of Tchaikovsky to the musical stylings of pop star Lizzo, the flute is a versatile instrument. We’ll also discover why the flute is the outlier of the woodwind family. The flute is kind of a rebel (you’ll find out why soon!)

So what do you say? Let’s put on some Mozart (we suggest Flute Concerto #2) and dive into these incredible flute facts.

1. The flute is really old

The flute has been around for millenia. Some say up to 4,000 years! A flute can be classified as any long tube that you can blow into and create a sound.

From hollowed out animal bones, to glass bottles, to the intricate instrument of today – the flute has come a long way since those days.

2. An instrument of many cultures

The flute can be found in many ancient cultures. The Sumerians, Egyptians, Greeks, Indians, Chinese, Japanese, and others, all developed versions of the flute independently from one another. Obviously the desire to make music is universal!

While the flute may have been developed by many cultures over the same time period, the materials used for flutes have varied greatly over the years.

Flutes have been manufactured using bone, wood, ivory, plastic, glass, jade, brass, nickel, gold and silver. What can’t a flute be made of? We think this is one of the coolest facts about flutes.

4. The people who play flute

If you’re someone who plays the flute, what would you prefer to be called? There are many names which are used including, flutist, flautist, flutenist, flautenist, fluter, or more simply, flute player.

When most of us conjure up an image of a flute, we see the typical concert flute, which is held horizontally. But many other flutes are held vertically, including the Japanese bamboo flute and the recorder. Horizontal flutes are often called transverse flutes.

6. Speaking of the concert flute

Some of his improvements included changing the hole size, hole position and adding mechanisms to allow the holes to be covered.

7. The smallest of flutes

The piccolo is the smallest instrument in the flute family. It’s also the flute that creates the highest pitch, an octave higher than a concert flute.

Piccolo can be translated from Italian to mean small. Another name for the piccolo is the flautino. Aww, that is one of the cutest fun facts about flutes for you there.

The flutes we see today in orchestras around the world are made of metal with felt and cork pads to cover the keyholes. The sound of the flute can be affected by the thickness of the metal it is made out of.

9. The flute that created the world

Here’s one of the coolest flute facts. The Hindu deity Krishna is always depicted holding or playing a bamboo flute.

In Hindu scripture it is said that Krishna created the world through the beautiful sounds that came from the flute. The flute now symbolizes love and freedom in Hindu culture.

10. How does that flute work anyway?

Flute music is created by a constant airstream that vibrates through the chamber of the instrument. You don’t even need to open the keyholes of a flute to change the pitch, you can do so by increasing or decreasing the air pressure of your breath.

Are you itching to hear some flute music? Some of the most popular flute pieces ever composed include: Syrinx by Claude Debussy, Chant de Linos by Jolivet, and Mozart’s Flute Concerto #2. Now get onto your music app and check out these amazing flute compositions!

The flute is a member of the woodwind family, which also includes the oboe, clarinet and bassoon. However, the flute is unique in that it is the only woodwind instrument not to use a reed.

It is also the only one made of metal. Okay, those are some quirky flute facts.

A standard concert flute has a three octave range from C4 to C7. The music for flute is always notated in the treble clef. For comparison, a piano has a seven octave range and a saxophone has a 2 octave range.

British flutist Katherine Brooks broke the record for continuous flute playing in 2017. Brooks played for 27 hours, 32 minutes and 32 seconds, and required medical treatment for muscle cramps after her flute-athon.

Since the flute requires a continuous stream of air to fill the chamber to be played properly, flutists are known to be the musicians with the best breath control. They also have the highest lung capacity of all of those in an orchestra!

16. Play with your nostrils!

One of the oddest flute facts comes to us from Hawaii. The Hawaiian nose flute, also known as the ‘ohe hano ihu’ is a bamboo flute played with one nostril while clamping shut the other.

This gentle sound is common in Hawaii. No word on how clogged the chamber gets!

We’re not talking about the masters of the flute just yet, but some of the celebrities who played flute in the high school band.

Tchaikovsky is perhaps the most well known composer associated with the flute. Not only did the Russian play the flute at the St. Petersburg Conservatory, but his flute compositions feature prominently in his two most famous ballets, Swan Lake and The Nutcracker.

19. The greatest male flutist of all-time

Let’s give it up for some of the greatest masters of the flute! James Galway has earned the nickname, “The man with the golden flute.” This is well deserved too, as he has sold over 30 million albums over the course of his career.

20. The greatest female flutist of all-time

Jeanne Baxtresser is known as the greatest female flutist, releasing 10 albums over her career and holding the position of principal flutist for the New York Philharmonic for over 15 years.

Baxtresser began playing flute at the age of 9 and attended Julliard.

The most expensive flute ever was sold at auction in 1986 for $187,000. This flute, called William Kincaid’s Verne Q. Powell Flute, is made of platinum with silver keys and was displayed at the New York Fair in 1939. That’s one pricey flute.

22. Tragedy of the flute

In Greek myth, it is said that the goddess Athena invented the flute. However, when Athena played the flute with all of her might it distorted her face and she lost her beauty. Athena would not stand for this and she destroyed the flute immediately!

Did you learn something new with these fun facts about flutes? Or did we blow it? Enlighten us some of your favorite flute facts in the comments! 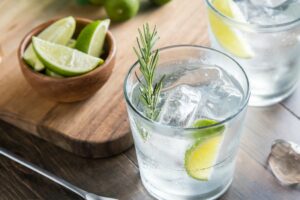 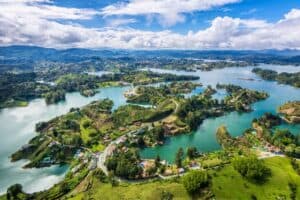 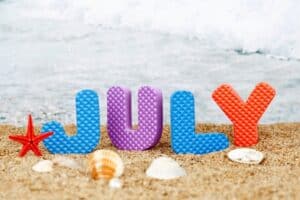 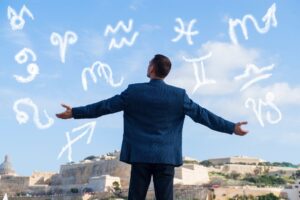 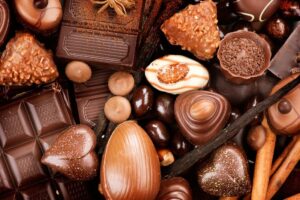