Are you looking for the best fun facts about Rome? From learning all about the Sistine Chapel to the epic Colosseum, check out these Rome facts now!

Rome is one of the best tourist destinations in the world, ranking as the third most-visited city in Europe. And is it any surprise?

The ancient city of Rome is home to some of the most impressive architecture known to man, unending culture and history, world-renowned cuisine and so much more. There are so many fun facts about Rome just waiting to be discovered, why would anyone not want to visit?

What is so special about Rome? This city contains over 3,000 years worth of history, from some of mankind’s most significant artworks to landmarks erected by ancient civilizations and preserved up to present day.

Rome is a unique city and one that has drawn explorers and adventurers in for decades. Known as ‘The Eternal City’, it could take an entire lifetime to see everything that Rome has to offer.

Did you know that the original city of Rome is approximately 20 meters underground? Or, that in ancient Rome, your hair color could land you in a spot of bother?

Read on to discover these amazing Rome facts and more!

As legend has it, twin brothers Romulus and Remus were abandoned as infants and sent along the River Tiber in a basket. This basket washed up on the bank downstream, only to be discovered by a wolf. The wolf then nurtured the two boys until a shepherd later found them and took them in.

Then adults, the twins wished to honor the wolf by founding a city where the wolf discovered them years before. Romulus named it Rome, and that’s how Rome was born!

Just like most of the countries in the world today, Italy was not always how we see it now. Currently one of the world’s largest economies, Italy over time has been ruled by a variety of kingdoms from different parts of Europe.

In 1861, all states within the Italian peninsula were unified under King Emmanuel II. Rome (and Venice) were the only two parts of the country who were not included in this unification, later joining in 1870.

Technically, this makes Rome older than Italy. We bet you didn’t know that one!?

3. Rome was the fastest growing city in the world

You may already know about how significant a part the Romans played in European history, but this fact highlights just how integral the Roman Empire was.

In the year 133 BC, Rome recorded a population of just over 1 million inhabitants for the first time in world history. That’s larger than a number of current cities around the world nowadays despite being over 2,000 years old.

The next largest city of this ancient era, Alexandria, had a population estimated around 200,000. That really goes to show how large Rome was!

4. The world’s first shopping mall was built in ancient Rome

Trajan’s Market is the oldest known shopping mall in the entire history of human civilization. Constructed somewhere between the years 100 to 110 AD, the structure was once home to 150 stores, giving the vendors of ancient Rome the chance to sell and trade goods before anyone else in the world.

Located on Via dei Fori Imperiali, this complex is worth a visit if you find yourself exploring the beautiful city of Rome. This is one of the best things that Rome is famous for.

With a population of 800 people and an area of approximately 0.18 square miles, it is mind-boggling to think that theVatican City is an independent state, completely surrounded by Rome at every border.

Don’t worry though! You won’t need to bring your passport or go through customs, it’s perfectly normal to find yourself in Vatican City when you start wandering the streets of Rome.

Speaking of Vatican City, the landmark St. Peter’s Basilica is one of the most sought-after tourist attractions in Rome, with a capacity of 60,000 people.

On every Sunday at noon, the Pope makes an appearance just outside in St. Peter’s square to celebrate mass with a large audience.

If you are visiting Rome, preparing a visit or simply reading up about the wonderful ancient city, you might have come across this acronym before.

SPQR, or Senātus Populusque Rōmānus, is a Latin phrase that translates to ‘The Senate and Roman People’. This is used commonly in Rome today and throughout history, in order to honor the dual-sovereignty of both the Senate and the Roman civilians over their city and empire.

We all know a little bit about the Colosseum and how unbelievable it looks. Developed from the year 69 AD, the amazing archaeological structure was erected with the purpose of being an entertainment venue by Emperor Vespasian.

The Colosseum had a capacity of up to 80,000 guests to spectate entertainment ranging from animal fights to mock naval battles. That’s bigger than most sports stadiums around the world.

There is one more event commonly associated with the Colosseum…

The headline event and most commonly affiliated with the Colosseum is of course, the gladiator battle.

Originally, these events would have two fighters contest until the more unfortunate of the two died. Under Caesar, however, this rule was abolished and the battles were no longer a fight to the death. Considerate.

As mentioned above, the Colosseum also played home to mock naval battles. For this to happen, the entire amphitheater would be flooded.

These battles, known as ‘naumachia’, began in the year 46 AD, when a huge celebration was thrown to honor the military efforts of Julius Caesar. The Romans loved this so much that they had artificial lakes constructed along the River Tiber to host future battles.

When the Colosseum was completed, the Romans decided the best way to celebrate their incredible new entertainment venue was to flood it completely and have ships battle it out in the amphitheater.

Do you remember our ancient legend of Romulus from earlier? Well, our Rome facts don’t stop at that part of the tale.

Of course, the legend is fun, but the more realistic version of how Rome was founded is much more boring in comparison.

Rome was founded by settlements from the 7 surrounding hills of the area coming together. These are:

Romulus originally founded Rome atop of Palatine Hill, so our legend goes.

12. Purple is for celebrities only

In Ancient times, Roman Emperors, Senators and other high-importance power figures would wear purple garments to demonstrate their wealth and power. This was due to purple dye being much more difficult to get a hold of.

Not only was purple reserved for ancient ‘celebrities’, but it was actually banned for everyone else!

When we look at Rome today, we see a city embroiled in history, culture and beauty. What we do not see, however, is the same city that stood 2,000 years ago.

Situated along the River Tiber, which flooded regularly, the floor of the City has been raised by a significant amount, leaving the remains of the original city down below.

14. All roads actually do lead to Rome

During the dominance of the Roman Empire, the Romans built a gargantuan network of roads to expand their Empire across the continent of Europe and North Africa.

In total, the Romans built up a network of about 50,000 miles of road, spanning from England to Egypt. Road trip anyone?

If you are a woman with blonde hair, ancient Romans would have assumed you to be a prostitute. Despite it being the most popular color even in Rome, prostitutes were actually legally obligated to have blonde hair, so as to be recognised easily by potential customers and lawmen alike.

Maybe not one of the most fun facts about Rome, but still very interesting – urine was often used as mouthwash in ancient Rome. Yes, you read that right and it’s disgusting.

The ammonia found in urine was used for teeth-whitening. While this also made it a popular choice for laundry detergent, to freshen up those dirty clothes.

17. Rome is unofficially ruled by cats

Ending our list on a fun note, Rome is estimated to have more than 300,000 feral cats in the city.

These cats have been protected by law since 1991; these cats cannot be displaced or harmed. They are part of the city’s heritage and legally they can live wherever they want to! 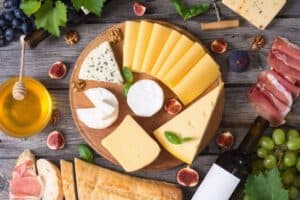 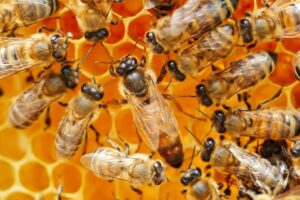 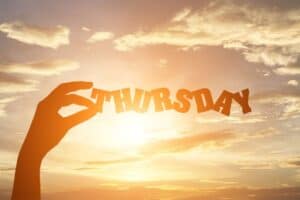 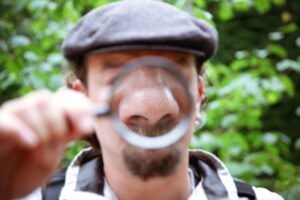