Amethysts are beautiful, purple, and a favorite gem of many. But there’s more to this stone than meets the eye. Check out these fun facts about amethyst!

If you’re looking for fun facts about amethyst, then you have come to the right place. We’re big fans of all things fun and factual here!

Many people see a purple stone and think it’s probably an amethyst, but the thoughts don’t go beyond that.

What is an amethyst though? And how is it formed? We’ll answer these questions and so many more.

Did you know amethysts change color with heat? In fact, amethysts make another precious gem. Check out fact number 20 to find out which one!

Many historical figures loved this purple stone. So, if you love wearing amethyst, you’re in the company of Catherine the Great, the Duchess of Windsor, St. Valentine, and Leonardo da Vinci.

Amethysts come in so many shapes and sizes. One is literally the size of a car – we’re being serious!

So, if you are ready for more amethyst facts, keep on reading. We promise you will learn something new.

But don’t blame us if you’re inspired to get a new amethyst to keep in your back pocket.

Amethysts are part of the quartz family, sometimes referred to as the silicon dioxide family. They are mainly made of iron dioxide, which is likely where amethysts get their unique purple color.

When this gem forms, it is usually transparent. However, sometimes there is a cloudy look to it because of inclusions.

Amethysts come in a hexagonal crystalline structure too which makes them easy to shape for jewelry.

On the Mohs scale, amethysts are a seven. This makes them one of the harder gems with only a few being stronger, including diamonds, rubies, and sapphires. Amethyst has a similar rank on the Mohs scale to emeralds.

Most amethysts are from mines in Uruguay, Brazil, America (specifically North Carolina), Ontario, Canada, and Australia. There are also reserves in Siberia, Sri Lanka, France, Russia, Inda, and Mexico.

Typically, the most valuable stones come from Uruguay, Sri Lanka, and Madagascar. Uruguayan amethysts are known for their high clarity and deep purple color, often with red and blue flashes.

4. Amethyst is the birthstone for February

Whether you opt for earrings in a lilac shade or a deep purple necklace, the amethyst can be cut into many different sizes and is perfectly situated for jewelry.

5. Keep an amethyst in your back pocket

Throughout history, many civilizations have used amethysts for a variety of reasons. The most common uses were to protect its holder from evil and poison.

People also claim amethysts cure headaches, help with hearing loss, and encourage a deeper, more restful sleep. These facts about amethysts should make you want to run out and buy one immediately!

6. Keep them away from heat

If the purple color is what attracts you to amethysts, then be sure they don’t get yours too hot. When you heat this stone, it loses its color or turns a yellow shade.

Irradiation from UV light can also affect the colors and fade the unique purple shade. In some cases, the amethyst can even turn green!

Catherine II of Russia, who was empress in the late 1700s, had a thing for this purple gem. She regularly decked herself out in necklaces, earrings, and other pieces with amethysts.

Wallis Simpson, Duchess of Windsor, also loved this stone. She wore an incredible piece designed by Cartier to a gala at Versailles in the 1950s. This intricate bib-style necklace combined 30 amethysts with turquoise cabochons and diamonds.

8. Give an amethyst for Valentine’s Day

Many people don’t know this fact about amethyst, but St. Valentine himself loved the stone. He was known for wearing an intricate amethyst ring. To this day, many consider this stone to be a symbol of love.

If you are looking for a historical amethyst fact, then how about the meaning of the word amethyst? In Greek, amethystos means a remedy against drunkenness.

This unique name came from one of the original uses of the stone, namely to cure hangovers. Amethysts are also associated with Baccus, the Greek god of wine.

One of the creation stories of this stone comes from ancient Rome. Bacchus became angry at a betrayal and sought revenge.

He declared the first person to cross his path would be eaten by tigers. As luck would have it, a beautiful woman came down the path first. Her name just so happened to be Amethyst. Diana, a goddess, saw what was about to happen.

So Diana turned Amethyst into stone to protect her. Baccus felt instant remorse, and poured wine over her, hence the purple color.

11. They can be quite valuable

The largest amethyst cathedral, a large geode, is the Empress of Uruguay. It is around eight feet tall and weighs an incredible 5,000lbs (2,267kg). Cathedrals range in price from hundreds to thousands of dollars.

In general, the price of an amethyst depends on its size, how big the crystals are, the depth of color, how thin the walls are, the type and size of any defects, and the presence of rare formations.

12. If you’re looking for a sixth wedding anniversary gift

It is traditional to gift an amethyst for a sixth wedding anniversary. Or, if you choose to get married in February, it would be perfect to wear as an accessory.

13. You will find amethyst in old churches

Throughout history, particularly in medieval times, many churches adorned the walls and decorations with amethyst. It was considered the gem of the bishopric, as well.

In fact, several popes had rosaries made of purple amethyst. How’s that for a spiritual fact about amethyst?

14. It was once the most valuable stone

People have long associated purple with nobility and royalty. In fact, it was illegal for non-royal subjects to wear the color at certain times throughout history. Because amethysts are purple, this stone was considered extremely valuable and a symbol of power.

Amethysts were also extremely rare at one point in history. For a long time, the only mine found with this purple stone was in Russia.

If you love the idea of wearing amethyst but can’t afford or find one you like, then consider jasper or garnet. Both of these stones are considered to be good alternatives for the purple amethysts so many know and love.

16. They’ve been around for a long, long time

People have loved the purple amethyst for centuries. In ancient times, its nickname was the “gem of fire,” because people believed in contained energy like a fire inside.

In ancient Egypt, locals referred to this stone as “Hemag.” Many brides and grooms would wear a heart-cut amethyst during their marriage ceremonies.

In ancient Hebrew, this stone was referred to as “ahlamah.”

In ancient Rome, many wives believed amethysts would keep their husbands faithful. Women would wear this stone to their weddings. Or, some women would adorn their husband’s armor with this precious, purple stone.

Leonardo da Vinci is another famous person in history to have an affinity for amethyst. The genius inventor thought the stone could quicken intelligence and fight off evil thoughts.

This might explain why he is renowned as one of the greatest minds in history!

Today, you will find amethyst in a variety of styles. Depending on where the stone came from, you might find amethyst in clusters, tumbled stones, geode slices, beads, or of course faceted gemstones.

Citrines that are naturally occurring in mines are incredibly rare. Today, if you buy a citrine at the store, you are likely getting an amethyst that was treated to change colors.

Citrines are vibrant amber-yellow in coloring. When you expose amethysts to heat, the purple fades to yellow, creating a similar color to citrine.

So which these fun facts about amethysts did you enjoy the most?

If we’ve missed any amethyst facts, let us know in the comments below and we’ll add them to this article! 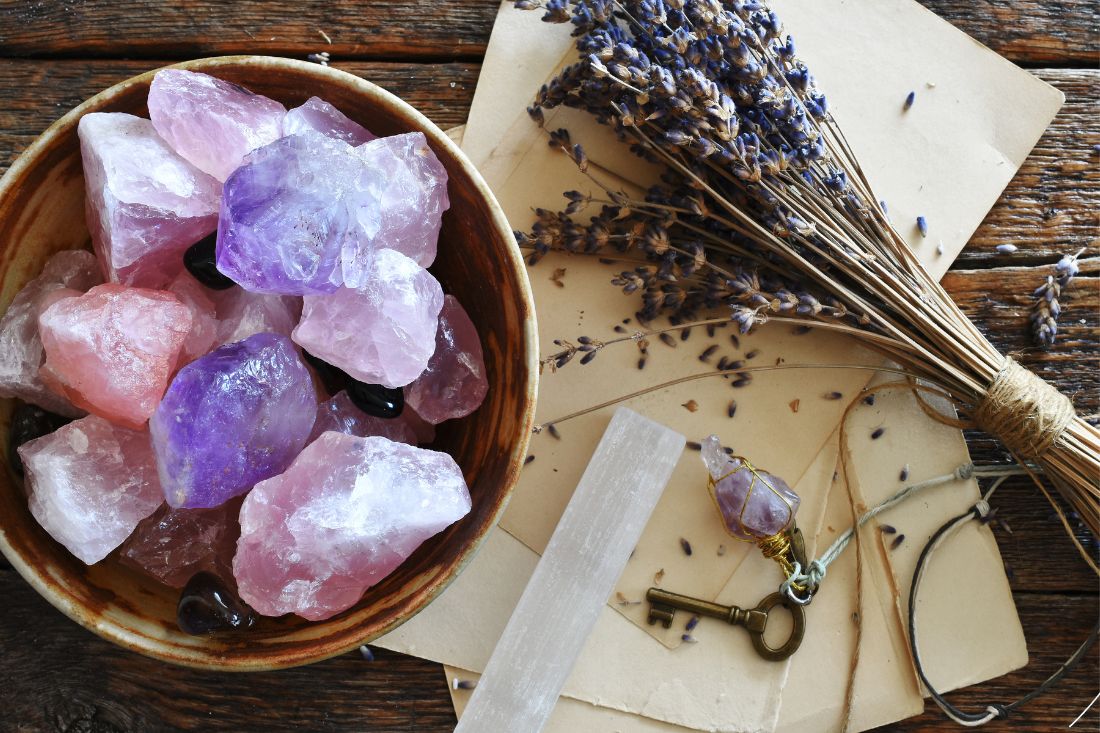 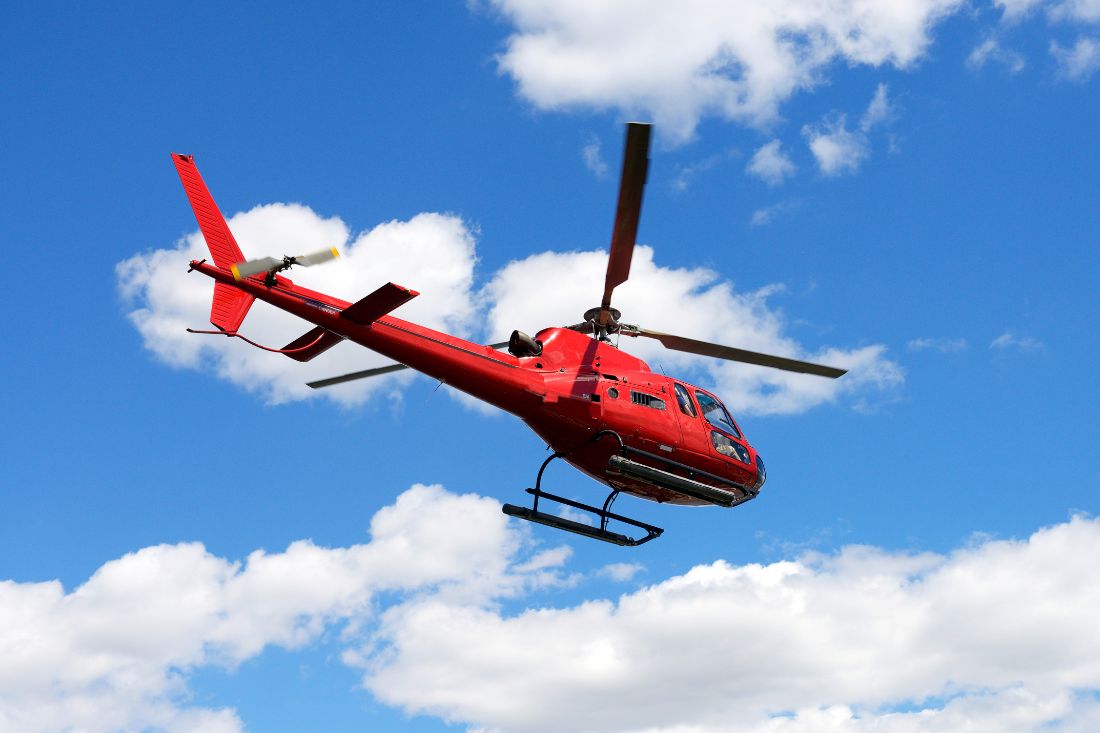 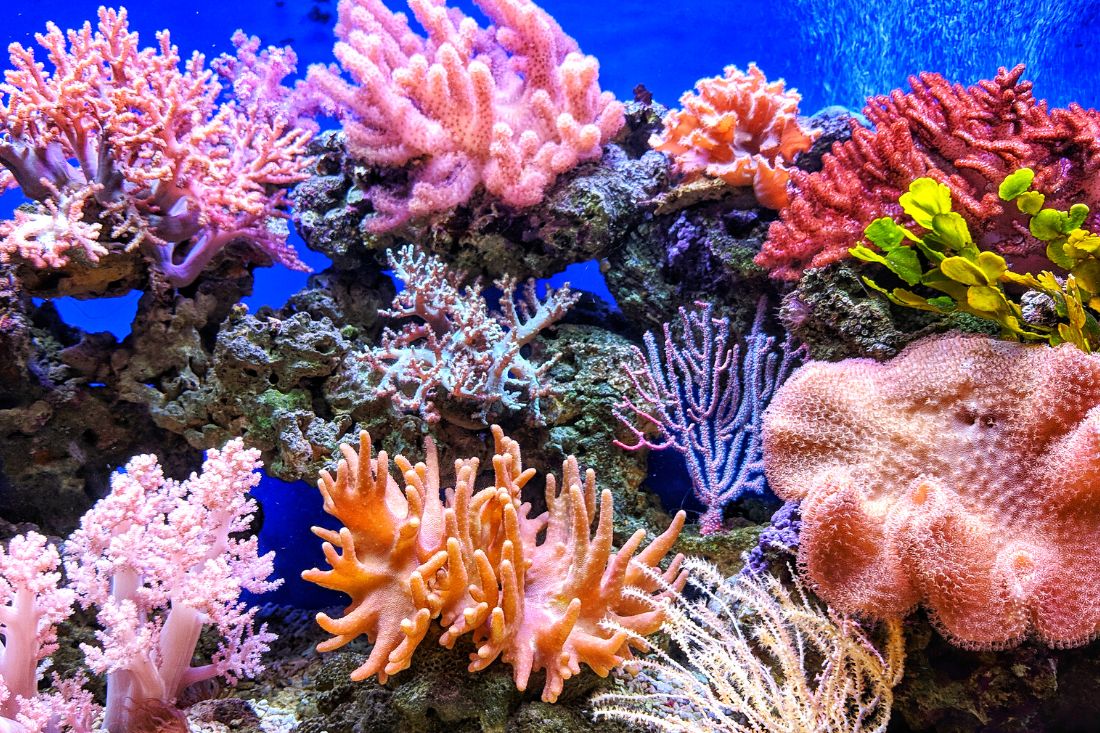 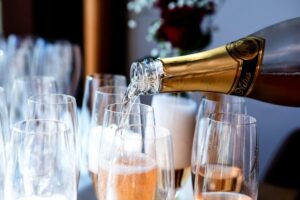 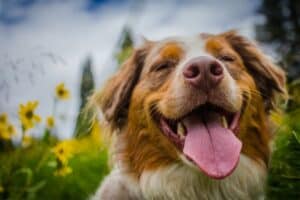 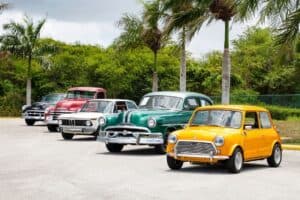 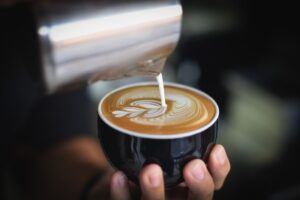