Blue, orange, red, clear, or pink, topaz is all over the rainbow. These facts about topaz might surprise you, even if you have a few in your jewelry box!

Topaz is a common gem found in jewelry all over the world. Many cultures today and throughout history have incorporated topaz in a variety of ways.

But there are so many fun facts about topaz you probably don’t know… yet.

Like Imperial topaz, the name for pink topaz, is named after the Russian tzars. In fact, it was illegal for anyone not in the royal family in Russia to have pink topaz.

Blue topaz is the state gem of Texas, and you can find this shade in the state. But most blue topaz is treated to become blue, making the shade less valuable.

Of all the gems in the world, topaz seems to get the biggest. The El-Dorado Topaz is the largest faceted gem known to man, no other gemstones come close.

Because topaz comes in so many shades, more than one month claims it as their birthstone. Were you born in one of these months?

Topaz has such a storied history, we don’t even know how it got its name! But topaz fact number 2 gives you an idea of what we do know.

If you have concerns about your health, or you have been struggling in school, someone might tell you to wear a topaz around your neck. Or at least carry one on you.

This gem has historically been associated with good health, intelligence, and even bravery and courage. Ancient soldiers relied on this stone in battle.

So, keep reading to discover all these fun facts about topaz!

1. They come in all colors of the rainbow

If you head to a jewelry store today, you will likely see a wide variety of topaz colors. However, all colors are not viewed equally.

Pink topaz is known as imperial topaz. Less than 1% of gems come in pink, making them quite rare and much more valuable.

2.  Topaz has a confusing name

Most historians agree that the name topaz came from an island in the Red Sea. In old Greek, the name was Topazios. Today, people call the island Zabargad.

The funny part of the story is that the island never produced topaz! Rather, peridot came from there, and people confused the stones throughout history.

Some scholars believe the name topaz came from the Sanskrit word topas or tapaz, which means “fire.” It’s hard knowing what’s true, which we think makes this gem all the more fascinating!

3. It can make you very strong

Well, at least according to the ancient Greeks. Soldiers in particular would rely on this stone in a battle for extra strength.

Archaeologists have found topaz sewn into armor which shows how much the Greeks stood by this gem.

While this stone can be any color of the rainbow, it is naturally a yellow or golden-brown shade. However, many things can affect the color of topaz.

Impurities, inclusion, temperature, and pressure can change the color of the gem. Today, you might see the ultra-rare pink shade, or any color from red to green to grey.

5. They can be royal

One of the most famous topaz stones today is in the Portuguese crown. This clear topaz is 1,680 carats.

Originally, people thought this massive stone was a diamond. However, it was later discovered that this clear gem was in fact a topaz. But, it remains part of the crown today.

6. Topaz can get very big

The El-Dorado Topaz was found in 1984 in Minas Gerais, Brazil. It weighed an astonishing 81.6lbs (37kg) before being cut. It is in the British Royal Collection today.

Actually, November has two different birthstones. Topaz, when it is amber-colored, is one of the designated birthstones for the month. The other stone, citrine, is much rarer and more expensive.

In fact, citrine is often amethysts that are heated to change color!

8. I’ll have a blue Christmas

Well, maybe more like a blue December. Blue topaz is one of four (yes you read that right, FOUR!) birthstones for the month.

When topaz is blue it is an official birthstone of December, along with turquoise, tanzanite, and zircon. Each of these stones is a beautiful blueish hue. We just love all these topaz facts!

All gems have a rating on the Mohs scale. The hardest stone known to man, a diamond, is a 10. Topaz is an 8.

This is good for people who enjoy wearing topaz. This stone is durable and can easily worn daily with little risk of damage.

Throughout much of history, people thought any golden-colored gem was a topaz. So citrine, smoky quartz, and peridot were all called topaz. To the naked eye, it is nearly impossible to tell the difference between these stones.

Today, gemologists and geologists have the technology to differentiate between stones and the confusion is gone.

If you are one of the couples who follow designated anniversary gifts, then consider this stone for both your 4th and 23rd years.

Typically, partners give blue topaz on the 4th anniversary. When 23 rolls around, however, you should opt for a dazzling imperial, or pink, topaz. After 23 years, you both deserve a treat!

There is no one price for this gem. The most valuable color is Imperial topaz, which can cost anywhere from $1,000-$3,500 per carat, depending on the quality of that specific stone.

However, different colors and qualities can be worth very little.

13. It’s called Imperial for a reason

Imperial topaz refers to the stone when it is pink. It has this name because of Russia in the 1800s. Then, most Imperial topaz was mined in the country’s Ural Mountains.

This pink shade of the gem was so loved by the Russians, that they named it after the tzar. In fact, only the royal family could own this gem.

If you are struggling in school, be sure to wear a topaz necklace. Many throughout history believed this stone could increase intelligence and fight off sadness when worn around the neck. Just an idea!

15. It grows in unique places

Many gems are mined deep underground. But not necessarily topaz.

Most people find these stones in granite rocks or in lava flows. Topaz grows as a crystal mineral, and searchers can often find it near the surface of the earth without mining equipment. This method is called surface mining.

16. A topaz a day keeps the doctor away

Throughout antiquity, people believed this gem had the power to heal people who suffered various ailments. From low immunity to anxiety to muscle and joint pain and even obesity, people turned to topaz for help.

In many cases, people believed this stone could even ward off death! How’s that for a healthy fact about topaz?

17. Give it as a gift of friendship

In many cultures, topaz represents friendship, loyalty, and faithfulness. These traits make it a fantastic gift for someone important in your life.

Remember this topaz fact next time you’re shopping for a birthday or anniversary gift!

18. You can find a lot of topaz in Brazil

The largest reserve of topaz in the world is in Brazil. However, you can also find this stone in Russia, Germany, America, Zimbabwe, and Nigeria. Each location has slightly different properties, and you will find higher concentrations of colors in certain places.

For example, the Minas Gerais region of Brazil produces the most Imperial topaz, while a substantial amount of blue topaz is found in Texas.

Blue topaz is the state gem of the Lonestar State. Large mines were found in the state in the Llano Uplift, an area where granite and rhyolite rose to the surface.

While many people love topaz in a blue shade, it is exceptionally rare to find one naturally. In fact, most blue topaz today was originally clear or very light colored.

To make blue topaz today, light-colored topaz is treated with heat and radiation to turn the stone blue. And due to overproduction, blue topaz is not very valuable today.

Do you own any topaz? Which of our topaz facts did you find most surprising?

Next time you’re at the jewelry store, glance at the topaz selection and think about where they might have come from, and how big they can actually get! 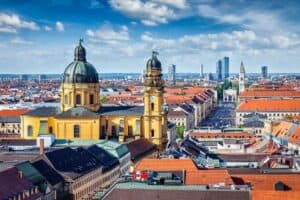 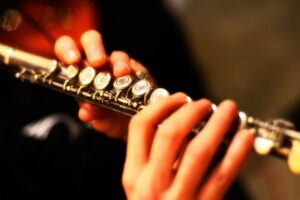 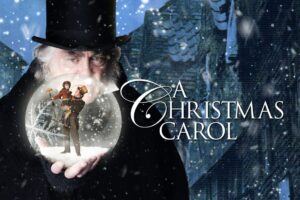 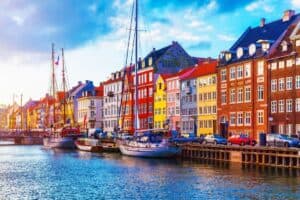